As you may know, this summer's Capital Fringe Festival starts in just a couple of days! So this is the first of a series of artist profiles and interviews with just some of this year's participants.


What is your personal artist mission?

I want to create a gateway to all the people that think opera is intimidating, boring, or "not for them" so they can realize it is a funny, beautiful, moving, and entertaining art form the can enjoy. 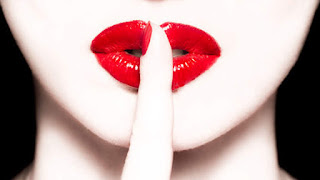 This is my second show I've written to be premiered at the Capital Fringe, Do Not Disturb, a comic opera. It is rewarding how the festival is presenting and promoting new work to the theater audience. You can see a new opera, straight play, solo storytelling show, and abstract dance piece all in one day. I see talented local artists getting to showcase abilities and techniques that they have honed through a lifetime of theater. The Fringe is a festival where people take chances on new work. They can come in with open eyes to try something that they would not ordinarily go to see. I love the breath of age and experience of the audience and love that will take a chance with something unknown.


What inspired you to do this piece?

I’ve always wanted to create an original comedy and I love farces. I had the idea of a young man “calling in sick” to his office and then getting caught by his boss on vacation. That was the germ of my idea and I think the story I developed with my co-writers, Laura Wehrmeyer Fuentes and Michael Hock, is really funny. We looked to classic sitcoms like Frazier, who did a lot of slamming door farces, as well as classic plays, like Tartuffe, and opera, like Marriage of Figaro.

Musically, I was inspired by Jerome Kern, Rodgers and Hammerstein, Gilbert and Sullivan, and, my musical theater god, Stephen Sondheim. I spent time studying older Broadway composers in particular because I wanted to be inspired by their scores while keeping true to my own style. I’ve read Sondheim’s books on music and lyrics many, many times. I gave Sondheim's books Finishing the Hat and Look I’ve Made a Hat to Laura, my librettist, because I found what Sondheim says on writing theatrical lyrics so inspiring as well as instructional. They are the bible as far as I’m concerned for anyone writing lyrics for theater. Laura is a big fan of Gilbert and Sullivan and somewhat of an expert on their shows. She brought that influence to her lyrics, so I think some of their style seeped into the show with some fun patter songs.


How does this piece fit into your recent body of work?


The premises of my two operas are quite different, but my philosophy and style are the similar. Musically, I used a more minimalist and church inspired approach to my first show Children in the Mist, which was a horror opera based on a Stephen King short story. My current show, Do Not Disturb, is an original farce inspired musically by legit Broadway music like Rodgers and Hammerstein’s Carousel or Oklahoma. I have further refined my composing style through both of these shows and I think my music is more sophisticated as a result.

Both of my operas are set in contemporary America with recognizable characters. I’m trying to explore what opera does well on stage without the trappings of traditional Grand Opera. One thing I’ve specifically done is cast characters by their age not by their voice type. In this score, I have two soprano roles for women over the age of 45 and two soprano roles for women under the age of 35. Normally all the women over 45 would be Mezzo-Sopranos because Mezzos are mothers, old women, and temptresses in opera. I wanted to provides roles for mature Sopranos in the area who should not have to play 16 year olds to perform in an opera.

The lyrics, by Laura Wehrmeyer Fuentes, are in English and conversational. It is important to me that the lyrics are intelligible even when sung by opera singers. Too many operas gloss over the words. I hope by presenting recognizable genres, characters, and stories that appeal to the general theater going audience, I’m inviting the audience into the opera world. Opera isn’t just sopranos dying of consumption or tenors dying for tragic love. Operas can be about a lawyer who can’t have time off work so he “calls in sick” only to be confronted by his boss at the same B and B, who is having an affair with their presiding judge, and an incompetent hotel clerk who can’t get off his cell phone long enough to get the room numbers right. We have also incorporated current technology into the story (cell phones rings, txt messages, fire alarms) for comedic effect.


What excites you about this piece?

I love the humor of a farce. I love how ridiculous the plot gets, but how believable it is at the same time. I love the way music can punctuate a joke. I have to LOVE story to keep me energized about composing day in and day out for months. I love digging into character motivations and interactions, subtly underlining moods, and quoting musical thoughts underneath deceptive words. It has been a pure joy to hear people laugh while reading through the opera. There is nothing more exciting than getting a genuine response to your work. I want to see how a full audience responds to all the details we’ve put into the show. I’m a story person. I want to care about characters, root for them, and feels something. I can’t wait for people to hear our story.

YOU have 5 chances to catch Do Not Disturb!!

And keep an eye out for more artist profiles and interviews in our Capital Fringe series over the next week.
Posted by JR at 4:28 PM